Flack, can you give us the gist on the gov. shutdown?

letharagic wrote:So because the health system is fucked up we should fuck it up more and have EVERYBODY in the country get fucked in the process?

Yeah, actually you do. If a problem is insurers not paying for previous conditions then forcing them to stop that requires more people in the insurance system or else it'll go bankrupt. If a problem is insurers charge three times as much for an individual plan than for a group plan then a regulated exchange is a solution. Tough shit if people don't think they need to pay for health insurance - everybody gets sick or hurt sometime and if you can't afford it then society ends up paying. Requiring people to take a minimum level of personal responsibility for their future health care needs is just as proper as government requiring jonsey to wear a helmet on his bike or requiring Jack in the box employees to wash their hands before serving shitty food.


lethargic wrote:Literally EVERY SINGLE PERSON in my family and in my immediate circle has either been fired, cut to part time, lost their health care plan because it doesn't met the guidelines, or had their insurance rates TRIPLE all as a direct result of Obamacare.

Come on, "rates tripled"? I'll call bullshit on that unless you can back it up with some data (what insurance companies, monthly cost went from what to what in what timeframe). I know that my insurance rates have been going up every year i've been working since 1996, sometimes 20 - 30% per year and that rate has even slightly slowed down in the last couple of years for me. Far from losing my cherished health plan, i will soon be choosing to switch to an exchage based plan because it's better for less money. If some premiums are going up or new features have to be added then how is that worse than before?

Sure, companies can reduce their employees hours to get under some requirements but what's new about low income or entry level people having to work more than one job (i've worked two jobs for most of the last 17 years). Newsflash: companies still need to hire people to do jobs which need to be done, at least now they're all on a level playing field:

spock wrote:"sauce for the goose, mr savik, the odds will be even"

The US is literally the last modern first world nation to make sure that all of its citizens have access to a minimum level of health care security. I imagine that in the past people like you would have been crowing about the fact that these new fangled overtime laws are keeping everyone you know from working more than 39 1/2 hours a week and so the law must go.


OMG. Yes. Me calling Republican morons for 3 posts. I'm obviously a Republican. My party is the Every Politician Should Be Dragged into the Street and Beat to Death Party. Or EPSBDITSABTD for short.

no, you're probably just a closeted libertarian. They're the best at having self serving ideas about all the things that government shouldn't be doing.


OMG. You are the dumbest person alive.

wowee, you're pretty smart if this is your best explanation of what exactly should be negotiated about the health law. Again how should the "black people oppressor in chief" negotiate when he started out to the right of his opponent's previous position? It's no secret that the democrats have been fighting for universal health care coverage for over half a century, its just too bad they had to use their opponents ideas to get it done.


Here we go. Exactly. There it is. This dumbass actually said it! HAHAHAHA! You can't criticize Obama without some idiot calling you a racist. Ding. Ding. Thank you for proving my point. It was perfectly acceptable for me to call George Bush an idiot for 8 years but as soon as the skin color changed OMG RACIST!!! LOL Incredible.

Oh fuck you and your stupid word games. I mean in this current world of the United States we live in where everybody is labeled a racist every 5 minutes, Obama is absolutely the worst. Yes, believe it or not, Obama has done more to hurt black people than Paula Deen.

ok, back up your contention. What has Obama done to hurt these black people you care so much about?
Top

lethargic wrote:Well, this has all gone full retard hasn't it?

By the way, I thought we all agreed that deleting ones own posts is not an adult way of conversing on this forum (Please see the list of Tdarcos rules for reference).
Top

Is this the political base? I stumbled in here by accident...

lethargic wrote:Well, this has all gone full retard hasn't it?

By the way, I thought we all agreed that deleting ones own posts is not an adult way of conversing on this forum (Please see the list of Tdarcos rules for reference).

Oh, sorry, I was trying to be civil and take the high road and move away from a pointless argument that is never going to lead to anything worthwhile.

We're never going to agree on any of these issues. Nothing good will come out of this. All this is ever going to lead to is you posting more cunty bullshit and me laughing and calling you a retard. So what's the point?

I couldn't care less if you agree with me or not. Agreeing is boring. I love to debate these issues. But when you start throwing around this baseless moronic racist crap, and your "oh, you must be a (insert political party here)" garbage, you show you have no interest or ability to carry on a level headed, logical conversation. To me that means debate over. Not dealing with it.

So go back to the kids table and bore them with your legendary tales of health insurance woes because you are the newest member of the Lethargic Pay No Mind list. Congratulations.
Top

A Congressman meets the Devil. The Devil offers him his own section of Hell to rule over but the Congressman has to forfeit his soul and the soul of every member of his family. The Congressman asks "What's the catch?"
Top

lethargic wrote:I couldn't care less if you agree with me or not. Agreeing is boring. I love to debate these issues. But when you start throwing around this baseless moronic racist crap, and your "oh, you must be a (insert political party here)" garbage, you show you have no interest or ability to carry on a level headed, logical conversation. To me that means debate over. Not dealing with it.

Sorry, I didn't realize how fragile you are - no, I don't know if you're racist or a member of any particular political party so shouldn't have made those assertions. If you do in fact like to debate then perhaps you can try backing up even one of the blanket statements you made about Obama or the Affordable Care Act.

What exactly has Obama done to hurt black people? What issues is he "passing the buck" on?

What health insurers have dropped your friends/family's plans and what was so great about them as to be irreplaceable? What insurers have you experienced tripling premiums and from what to what over what timeframe? Factcheck.org agrees that some plans have gone up but says that others have gone down.

What aspects of the ACA make it so godawful for you? Is it the individual mandate? The elimination of coverage caps or preexisting condition clauses? Is it the exchanges? Is it a bunch of additional rules about what must be covered even though you have no idea what the details of that are? Pray tell, what is wrong with it and what do you advocate as an improvement to the previous situation?

Are you able to have a fact based debate or is "dur obamacare stuff sucks" the extent of your opinion on the matter?
Top

Well for one I think he raised the bar on all those people that used to say "I can't get that kind of job because I'm black."
"Jack Flack always escapes." -Davey Osborne
Top

How hot is the girl? Because I feel, yeah, I probably have done that or would do that.
the dark and gritty...Ice Cream Jonsey!
Top

How hot is the girl? Because I feel, yeah, I probably have done that or would do that.

lethargic wrote:Otherwise they wouldn't dump this Obamacare stuff on us and them make themselves exempt from it. hahahaha Scumbags.

I just realized something else you're wrong about regarding this issue:

AP wrote:But during the debate over Obamacare, GOP Sen. Chuck Grassley of Iowa offered an amendment that requires members of Congress and their staffs to buy Affordable Care Act coverage. He thought Democrats would reject this, leaving them open to a charge of hypocrisy. Instead, they embraced it, and it passed.

That means members of Congress and their aides now must buy health insurance through Obamacare exchanges, instead of the existing government Federal Employees Health Benefits Program. In that sense, they are not “exempt” from Obamacare at all, as some Republicans charge.

So not only are they not exempt from the individual mandate or new insurance rules, Congress is actually required to purchase their insurance from the exchanges.

Are you sure you don't get your news mostly from Fox?
Top 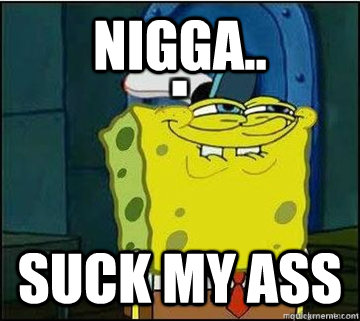 I have absolutely nothing to add.
Top

What do you guys think about abortion??

Not my problem.
Top

I don't think that it should be any one person's right to end a viable life at any point.

But you can't have that opinion on the Internet so I say otherwise.
the dark and gritty...Ice Cream Jonsey!
Top

I think it should be mandatory. We've got enough.
Top

I don't think that it should be any one person's right to end a viable life at any point.

Guess this is where I should interject with:

Or I could try and make an insightful comment that won't actually make a different.

I think abortion should be legal up to age 7. By age 7 you should know if you have a dud or not.
Top

lethargic wrote:I think abortion should be legal up to age 7. By age 7 you should know if you have a dud or not.

7??????! Jesus, you pinko. I'm surprised you could type that in with your aortra pumping blood on the keyboard. Why not give them free health care while you're at it too? Age 9 all the way baby.
the dark and gritty...Ice Cream Jonsey!
Top
Post Reply
68 posts