Do you know how to drive a stick and why?

The coding changing the yellow fruit that is sold under the name "Chiquita" has internal HTML, and probaby should use BBcode. I thought you put the HTML in, I did not know the board was doing that sua sponte.
This signature is limited to 128 characters, or I could have said a few more things. Like, do you know who killed JFK? it was...
Top

Regular Car Reviews is the best thing going, although he is extremely unfair when it comes to the 2003 WRX that he reviewed. But perhaps what I experienced there is what other people feel when they get on Twitter and get offended? Am I the problem there?
the dark and gritty...Ice Cream Jonsey!
Top

A coworker of mine recently got a new car and told me it was both a standard and an automatic. When I asked how that was possible, he said it was an automatic that also had paddle shifters. Guys, if you know any millennials who think paddle shifters or any other kind of shifting mechanism that does not involve pressing down on a clutch pedal is a manual, could you please, please let them know this is not the case?

I got my first motorcycle when I was in third grade and had owned three or four by the time I turned sixteen, so driving a manual was never an issue for me. My first couple of cars were automatics, but both of my parents' cars -- a Chevy Silverado and a convertible LeBaron -- were sticks. In high school I briefly owned a Yugo (didn't last long) and after graduation I delivered pizzas in a Ford Festiva, both of which were sticks. When I met my wife she was driving a Saturn SC2 which was a stick, and over the years I've owned a Nissan pickup, a Geo Tracker, a VW dune buggy and my WRX STi, all of which were manuals. I'd guess somewhere between 1/3 and 1/2 of the cars I've owned over the years were sticks -- some because they were more fun, and some because they were cheap and that's the way things were.

I suspect learning to ride a motorcycle makes the transition to driving a stick shift pretty easy. My kid rode a motorcycle for two years. His first car, a 2001 Toyota Celica, is a stick and he drove it home after we purchased it without a single lesson. 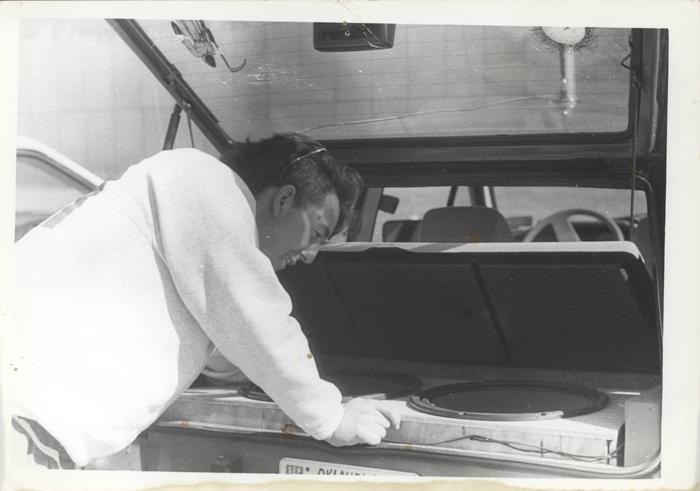 HAHAAhah "it's both". The ignorance required to say that makes me feel a special kind of hope for the world. A hope where one day I will be the smartest person in it if I live long enough.

Paddles are used for WARLORDS, BREAKOUT and KABOOM. I will also accept SUPER BREAKOUT, not your goddamn car.

ITS BOTH
the dark and gritty...Ice Cream Jonsey!
Top

Hahahaha I thought the same thing when you said "paddles". Like.. Atari paddles?

Speaking of which this is yet another side-effect of there being less arcades. Try playing Hard Driv'n in manual mode without putting your foot on the clutch and see how that works out! You've got automatic OR manual. NOT BOTH DAMNIT
Top

On a similar note, when I test drove my Ford Flex, the salesman pointed out that there are buttons on the side of the gear shift for shifting gears when the car is placed in "Sport" gear.

The 2017 Ford Flex comes with Ford's standard Duratec 3.5 L V6 engine. It's Ford's stock V6 engine that they put in the Edge, Taurus, Fusion, Explorer, and F-150, and puts out 287 HP. Do any of those vehicles sound like they need a sport mode? No they do not. Don't get me wrong -- I love my Flex, but including a "sport mode" in that car is the same as handing out participation ribbons at the spelling bee. It's cute, and sad.
"Jack Flack always escapes." -Davey Osborne
Top
Post Reply
27 posts