I don't know if anyone else feels this way about being creative. But if I can eliminate distractions for about 25 minutes then I can work forever until interrupted by real life. But man, that first 25 minutes and trying to get focused can be tough.

I said on Twitter I would post my Github stats at the end of the month so I am using public embarrassment to get myself working again.
the dark and gritty...Ice Cream Jonsey!
Top

This showed up in a Google Alert. It was written last year about an interview I did over a decade ago.

Le Idiot Mystique? Gerting into the European scene now. Thats pretty cool, actually. Did you ever think your IF would go worlwide? Will your games get translated into nine languages and more importantly, will the humor translate?
Top

Mine will never get translated, but that is ok because as you said, the jokes won't translate.

I am going to have to go back to some of them after 20 years because I want them on Steam and I'll play through them again. I hope the jokes land. The good thing about making a Defender joke, though, in 2001 is that nothing changed with Defender in 2021.
the dark and gritty...Ice Cream Jonsey!
Top

Something I have been doing is using Daz3D for some items. 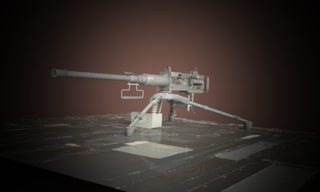 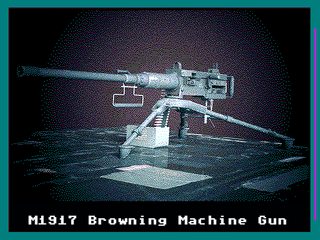 - I definitely want to make a game where the actors are played by 3D rendered characters. To some degree that would go faster. I can't make anything in CAD yet so I am at the mercy of that, so it's not perfect, but it is a lot cheaper to have a 3D render of a character than to pay an actor. (Cryptozookeeper II, when I get a chance to work on that, will probably be the last one I make with real humans.) For instance, there is no "X-ray specs" object as far as I can see, and the main character in Enceladus used those. I can use Photoshop after the fact or pay a person to make the obj I suppose.
the dark and gritty...Ice Cream Jonsey!
Top

Man, I would put that on a snowblower in a heartbeat!
Top

Nice! I've been doing a bit of the same thing lately.. using 3d objects to render a scene just so I can take a proper 2D render image. Never heard of this tool though!

While I don't own any guns of that sort, if you want to add German 1938 Walther P98s or German 1938 Mauser bolt-action rifles to the game I have both sitting behind me.
(╯°□°）╯︵ ┻━┻
Top

If I can accomplish one thing on Black Friday, it would be to get these pictures in the game. They are the last remaining objects / weapons / ammo / armor that need to be in. I get distracted very easily trying to add pictures of objects because the "fun ones" have been done for 7 years:

The Watchman and pager are in the attic.
Dunno if I want to have spray "mace" or a real mace that you swing in the game.
The steroid should probably be a syringe and needle.
the dark and gritty...Ice Cream Jonsey!
Top
Post Reply
8 posts • Page 1 of 1