Whose Christmas traditions include the annual screening of Die Hard?
Above all else... We shall go on... And continue!
Top

I do love the part where the guy in the lobby says "oh, just type the name in on this screen", and then when he finds the name, the guy says "they're on the 30th floor, they're the only ones left in the building."

Well then why did you make me look the name up if there's literally only one place anyone in the building is?

It's a very FLAWED movie, but who cares.
Above all else... We shall go on... And continue!
Top

Weird - I thought that I responded, but I guess I did not.

I bought the DVD of Die Hard many years ago. I have never put it in a player. I had watched it many times leading up to my purchase, so perhaps that is why. It is a great movie with a very underrated PC video game that includes the part of Hans falling out of the window.

I don't have a DVD player on this computer, but there are some in the garage. Perhaps the Ubuntu machine right next to me should have DVD power? Is this a CHRISTMAS WEEK PROJECT?

Also - Arnold had very nice things to say about John McTiernan for a video on Youtube called "Arnold breaks down his most famous roles," as Arnold worked with (and now this is for Tdarcos) the director of Die Hard on Predator, a movie that was directed by the same guy.
the dark and gritty...Ice Cream Jonsey!
Top

Christ, it all got effed up for John McT:


In October 2013, while in prison, McTiernan filed for chapter 11 bankruptcy amidst foreclosure proceedings for his 3,254-acre (1,317 hectare) ranch residence in central Wyoming (valued at $8–10M), struggles to pay his past legal bills and IRS tax debts, and ongoing expensive disputes including the lawsuit by his ex-wife, a $5M claim against him of liability in a 2011 automobile accident, and his ongoing effort to reverse his felony conviction.[5]

The bank holding the mortgage on the ranch said the filing was a bad-faith tactic only intended to stall the foreclosure proceedings, and requested the presiding judge to convert the case to a chapter 7 bankruptcy – a more drastic form of bankruptcy that would give the bank the power to demand the liquidation of assets rather than requiring them to negotiate with McTiernan.[5][79]

McTiernan's lawyers countered by saying that his potential for generating additional future income from new projects could enable him to eventually repay his debts, so a rapid liquidation of assets would be unnecessary and unjustified.[5][79] In the bankruptcy proceedings, he identified two likely future film projects with Hannibal Pictures, with working titles Red Squad and Warbirds, with large budgets and significant likely future income and planned to star major well-known actors.[79] On December 8, 2015, a judge ruled against McTiernan – agreeing with his creditors that his assets should be liquidated. It was reported that his ranch was likely to be sold and that an administrator would take over the management of his future film royalty payments.

On one hand, cyberstalking or intrusion of privacy, or whatever he did: you're gonna not wanna do that. One of his charges was "lying to the FBI" which - look, we live in a political climate right now where politicians (and one in particular) is free to lie as much as they want and basically act like a pig when it comes to the law and I have a huge problem with that being ok and separate rules for the rest of us. "Lying to the FBI" is not a real crime as far as I am concerned.


The judge said that the increased length of the prison sentence was related to the additional, more serious charge of perjury before her court, that McTiernan's crimes were more than just a momentary lapse of judgment, that he still did not seem to have really accepted responsibility for his actions, and that she would have issued an even more lengthy prison sentence if the prosecution had not recommended less

I hate that shit so much. "Didn't seem to really have accepted responsibility for his actions." Holy shit how did it ever get this way in this country.

And now the government is selling his shit off. I can't imagine how much interest he's paid on an eight to ten million dollar house, I'd be surprised if he hasn't paid the purchase price off twice over. But now it's being liquidated.

The other side of the argument is that the guy who made the 13th Warrior lost the ability to direct films so maybe he should be locked up for that.
the dark and gritty...Ice Cream Jonsey!
Top

I haven't seen Die Hard in at least a decade. I don't roll it out regularly for the holidays, or any other time of year I guess.

Ice Cream Jonsey wrote: ↑
Thu Dec 26, 2019 8:17 am
I don't have a DVD player on this computer, but there are some in the garage. Perhaps the Ubuntu machine right next to me should have DVD power? Is this a CHRISTMAS WEEK PROJECT?

The only DVD players I have left in our house are connected to computers. Somehow I acquired four DVD players over the past several years and haven't hooked any of them up in this house. Or the last house, which we lived in for seven years. I recently posted a picture of my stack of DVD players on Facebook and said "free to good homes" and didn't get a single taker. My wife suggested "maybe everybody who wants a DVD player already got one over the past 20 years." Point taken. I kept the best one and sent all the others off to Goodwill.
"Jack Flack always escapes." -Davey Osborne
Top

The greatest quote in movie history would not exist if Die Hard wasn't a Christmas movie, and now we are enemies (again). Get that apology generator up to speed. 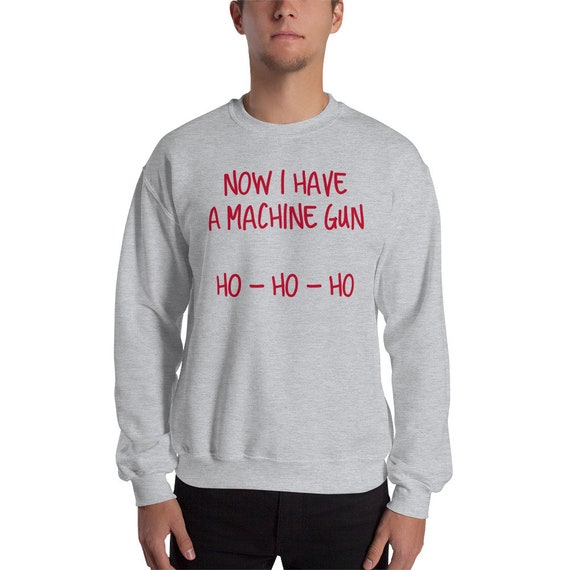 Right, so a punch line to a joke is not a plot. So, apology accepted, Mr. Gruber.
"Jack Flack always escapes." -Davey Osborne
Top

Ah, but let me submit this. The PROTAGONIST (that's John McClane, Paul) would have only flown to LA for a special occasion like Christmas. I don't think John's coming out there to be with his estranged wife for Arbor Day.

So in that respect, Christmas drives everything that comes later! Which is why I think it's OK to include it in the Christmas Movie oeuvre.
the dark and gritty...Ice Cream Jonsey!
Top

It was. I mean, it used to be. Now, with Amy, the traditional films are: Home Alone, It's a Wonderful Life, Krampus and Elf.

Putting on the 1951 rendition of A Christmas Carol with Alastair Sim will totally guarantee she falls drop-dead asleep on the couch, leaving me to leisurely drink beer, eat garbage and play video games until I have had my fill. FXM had an A Christmas Carol marathon, it was like a perpetual sleep spell circulating through the downstairs area.
Top

Can we maybe put Die Hard in the Krampus DVD shell before we pack up Christmas supplies this year and maybe make that an "oops" there? Oops! Die Hard must have gotten misplaced, oops, maybe we should just let it keep going for a couple hours ooops?

Then take a stapler to the rubber johnnies.
the dark and gritty...Ice Cream Jonsey!
Top

I do not believe Die Hard is a Christmas movie. Since the beginning of December there have been a LOT of Hallmark movies on in teh AArdvark house and I have learned some stuff about Christmas movies, mostly by osmosis. If Die Hard were a Christmas movie, the protagonist, who we'll call Jen McLean, had a break-up with her boyfriend (called Hollywood) and drove back to her small home town where she would try to put down roots again. She would start a small business, a coffee shop or a book/bagel shop in the Nakatomi plaza. She would hire a local handyman (and police officer), who we'll call Al Powell, and together they would start the interior construction work.
The evil businessman, named Hans Gruber, is secretly in talks with a land developer named Joe Takagi and the only thing stopping Hans' plans is Jen McLean's new business, which is doing very well. Jen McLean would start to fall in love with officer Al, even though they are 'only good friends'. friends who drink hot chocolate together and go ice skating together. There has to be ice skating and hot chocolate in every Hallmark Christmas movie, it's a MUST.
Jen McLean's ex, Hollywood, shows up at that point and says that he's really, really sorry for their break up and wants to get back together. Naturally Hollwood and Al are cordially distant with each other, but not openly hostile (this is a Christmas movie after all). Now it's time for Jen McLean's big Christmas Eve choice. Which person will she pledge her love to, the ex lover Hollywood or the old good friend Al Powell.
Meanwhile Hans and his band of bad guys, who all wear black leather jackets and turtleneck sweaters, sneak into Jen McLean's book/bagel/coffee shop and plant a bomb or something equally ridiculous. Somehow Jen McLean and Al Powell stop Hans' plot just in time. The bad guys go away in handcuffs (in the blue flash of police car lights) and Jen and Al pronounce their everlasting love just in time for the credit roll.