pinback wrote:Explain to me how a girl can come on here, tell an absolutely kischke-twisting story about her ex-whatever who fucking CREATED A NEW PERSON with her, then immediately started humping everything humanoid and systematically destroying her life, and then I dare to question his honorability, and suddenly I am picking up boards like Rodman?

Because the dude is still here, goddammit.

Look, this isn't the Straight Dope Message Board, OK? Every thread isn't some one sided affair where the spurned, poor, helpless girl who starts a thread immediately gets dozens of fanboys hoping to get a piece telling her how great she is, how terrible that guy is, how any male with an ounce of brain in his head would find her to be a unique and special snowflake. The fact that you are playing that role makes me angry to the point where I am shaking my fist at you like a septuagenarian with Alzheimer's and arthritis trying to jerk off to scrambled porn.

I couldn't begin to imagine how much it would suck if one of the girls that I've broken up with over the years started hurling intimate feces onto some website that I hung out at. Jack's shown more restraint and dignity in all of this than any single one of us would be able to.

(Well, except for Brandtson, I guess.)

Anyway, at least I won't need to explain the "no personal shit" rule the next time it comes up. This thread pretty much takes care of it.
the dark and gritty...Ice Cream Jonsey!
Top

Ok Jonsey so I shouldn't share my feelings ... well then I guess I can't be part of Jolt Country... goodbye.
Top

Ok Jonsey so I shouldn't share my feelings ... well then I guess I can't be part of Jolt Country... goodbye.
Top

I'm sorry about this, Blue. If this was my BBS, you'd be perfectly welcome to express yourself in any manner you wish. I guess things are a little... different... around here.

If you'd like to visit a place in which you are encouraged to let it all out, please consider the PWC BBS at http://www.voy.com/47897/ !!
Above all else... We shall go on... And continue!
Top

Yes, at PWC BBS you can talk about movie, cat, book, movie, insulin, cow, and movie.

I guess things are a little... different... around here.

Isn't that a little harsh. I've got your back RobB. I completely understand where you're coming from.

Pinback, what if your little "shortcake" came on here and started posting about you. Wouldn't you be offended?
The End
Top

Violet wrote:Pinback, what if your little "shortcake" came on here and started posting about you. Wouldn't you be offended?

What the hell is she going to say that's going to offend me?

1. Pinback is a GREAT kisser.
2. And has a MASSIVE cock.
3. And I should know, because I sleep with 95% of the men in Southern California on a weekly basis!

I already KNEW all of that.
Above all else... We shall go on... And continue!
Top

BLUE wrote:Oh and by the way.... I really appreciate the way you are acting toward me... I have decided that the gas and electric which is in my name on your apartment will be turned off tommorow so make your preperations now.
This is your final warning. 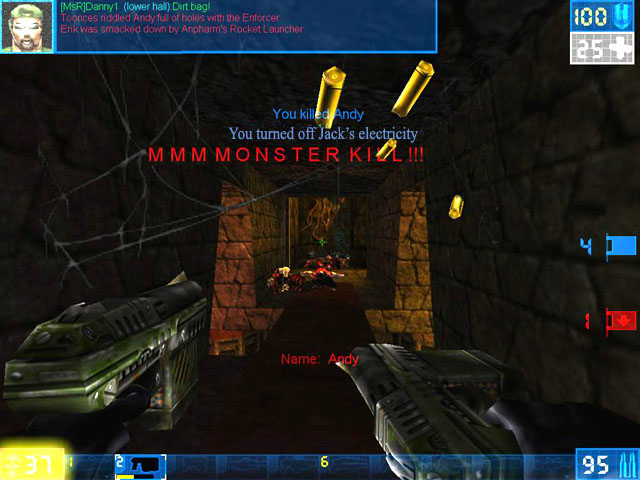 BLUE wrote:Ok Jonsey so I shouldn't share my feelings ... well then I guess I can't be part of Jolt Country... goodbye.

To clarify: You are absolutely free to talk about anything you like. But c'mon, your personal and real-life stuff is something much better discussed in person than on a forum right in front of Adam. It's just not healthy. I am definitely not trying to tell anyone to get lost, unless we're talking about Lex, in which case I should confess that I have come around to Ben's line of thinking and boy is it better that that guy's not here any longer.
the dark and gritty...Ice Cream Jonsey!
Top

Violet wrote:I've got your back

I see those bastards got to you, too. Goddamn them!
the dark and gritty...Ice Cream Jonsey!
Top

Ice Cream Jonsey wrote:But c'mon, your personal and real-life stuff is something much better discussed in person than on a forum right in front of Adam.

I take issue with this. I think that's the most healthy way to get through this sort of thing... to just lay it all out there for the world to see and then make humorous comments on.
Above all else... We shall go on... And continue!
Top

Seriously, talking to us about Adam comes across mostly as passive-aggressive attacks, which never really seems to be a healthy way to handle things.

Personally, I bear no one ill will, except for the people who frequent this forum.
Top

It didn't come across that way to me, since I don't know this "Adam". To me, the uninitiated observer, it came across as a perfectly reasonable rant against someone who done someone wrong.

I'd sure like to know the OTHER side of the story, but it has not been forthcoming.
Above all else... We shall go on... And continue!
Top

The folks here also ask you to reconsider such actions.

pinback wrote:It didn't come across that way to me, since I don't know this "Adam". To me, the uninitiated observer, it came across as a perfectly reasonable rant against someone who done someone wrong.

We are not her friends. The Rochester contingent consists essentially of the friends of the man she's railing against, and the rest of us don't really know her from Eve. We are, to put it mildly, not the appropriate audience for this. BLUE is in a bad place in her life, and apparantly needs a friend. And maybe she's found one and maybe you and her can talk in email and you can hold her hand and be there for her and I am saying this all right now in a not at all sarcastic manner. But, really, what are the rest of us going to do?

Defend Jack, ask her to suck our cocks, and/or post Quake jpegs with the phrase "M-M-MONSTER", that's what.

While the part of me that listens in on everyone else's conversations at work is curious about Jack's side in this, the rest of me knows that it's really Not My Business. And it's Not Your Business, either. I know you consider the baring of personal details some sort of art form, but it just doesn't work that way for the rest of the world.

I doubt you intended this as an act of hostility, BLUE (if you're even still in a position to read this) but it was probably a bad idea. If you hadn't wanted to talk about how much your life sucks without painting a forum regular as a raging asshole (and maybe he is, wjat the fuck do I really know about the situation?), well that's still rather a huge risk to be taking, but I suppose this BBS is kind and gentle enough to deal with it. That's not what anyone's objecting too. But we all know the situation too well for your attempts at anonymity to be successful, and in the end calling out someone (or apearing to call out someone) in front of a bunch of people who know him better than you and are generally friendly (or at least amiably indifferent) towards him is just a tactically unsound move.
Top

BLUE wrote:I will no longer be visiting Jolt country..... I felt like I needed to talk to someone since Adam stole all of my male friends and fucked my female friends.. I really felt I needed someone to talk to... but apparently I can't do that... I didn't even get into the really horrible stuff he did for fear of publicly embarrassing him for real.... so there you go Adam I will no longer post on your board...

Oh and by the way.... I really appreciate the way you are acting toward me... I have decided that the gas and electric which is in my name on your apartment will be turned off tommorow so make your preperations now.
This is your final warning.

Do you hear that sound, Blue? That's the sound of all of my support for you cyphoning away into a very dark and deep hole in the ground. At first I was willing to believe your story. I was smart enough to know that there was some other side to this story, but acting on what I knew I posted my feelings on the matter. But now that you've gone and tried to fucking guilt-trip me, I am beginning to see the other side of this without needing to be told. However, before I go and do something as rash as editing an oppinion I've made without the full story, I would first like as many facts about the matter as possible. I recognize that Jack is attempting to distance himself from this affair--and I respect that very much. In fact, Jack is still being far more open about the situation than, say, I would. But here's what I know about our forum buddy Blue.
-comes out of nowhere, insults Pinback, posts pictures of herself blowing Straw on an inappropriate base
-writes half-way literate flames towards Pinback defending Jack, whom she says is a "former boyfriend"
-Continues bragging about her sexuality for several days
-in a surprise heel turn begins hitting on Pinback
-gets very cozy with Pinback
-posts a flame directed at Jack, whom she knows reads the board, and attempts to embarrass him (it took me all of two seconds to be sure of who you were talking about, and I'm not all that observant.)

So, Blue, that's what we know about you. Is there any part of your sluttish little BBS career that I'm missing? Because please, let me know. I wouldn't want to be factually incomplete, after all.
paidforbythegivedrewbetterblowjobsfundandthelibertyconventionforastupidfreeamerica
Top

Lysander, how would you describe the "magic," so far, of your little BBS carreer?
Top

I just read the entire thread, start to finish.

I demand an apology!
Top