Five years after the release of Steve Martin's big screen debut, Hollywood went back to the well in an attempt to capitalize on the popularity of 1979's The Jerk. The result, 1984's The Jerk, Too, can only be described as... well, it's pretty indescribable. 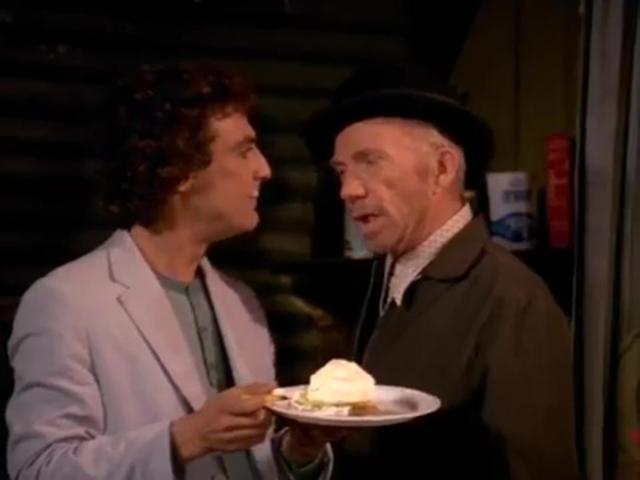 The film begins just like the original, with Navin Johnson (portrayed this time by character actor Mark Blankfield) living in squalor with his adoptive black family. Navin has been invited to attend the wedding of his pen pal, Marie, in Los Angeles. There's a lot of talk about how Navin has never left the home before and how he doesn't understand how the outside world works. It is exactly the same as the first movie... which means the first movie must not have taken place.

In this version, Navin's character has changed. Frankly, he's an idiot. In establishing scenes, he is tricked into thinking a hen has laid a softball, and then tricked into wiping a bull's runny nose with a large red cloth. His only saving graces are that he is good with animals, and great at playing cards.

Navin's poker playing ability comes into play after he meets a band of hobos led by Diesel (Ray Walston). Navin beats the hobos over and over at cards, but keeps giving them their money back because he's having fun. Eventually the hobos steal his money and attempt to ditch Navin, but their plan fails. Eventually they all end up in Las Vegas in a back room card game with a group of bikers. Eventually Navin accidentally hits the leader of a biker gang with a pie in the face and is thrown off a bridge, where he lands in a truck full of hay in what ultimately was a 45 minute plot detour.

Halfway through the film, Navin meets his pen pal, Marie, and they fall in love. When Navin discovers that the groom to be is only marrying the bride for her family's money, the movie turns into a "let's stop that wedding!" film. Navin can't do it alone, and eventually the hobos that took advantage of him decide to help him, but only after a five minute hobo convention in which Diesel gives a long speech about the difference between hobos and bums.

Just when it looks like the wedding will take place, the ceremony is interrupted by two guys in a fish net, Ray Walston in a clown suit, Navin on a horse, a pie fight, and a hot air balloon. It appears they were saving the budget for the last five minutes. 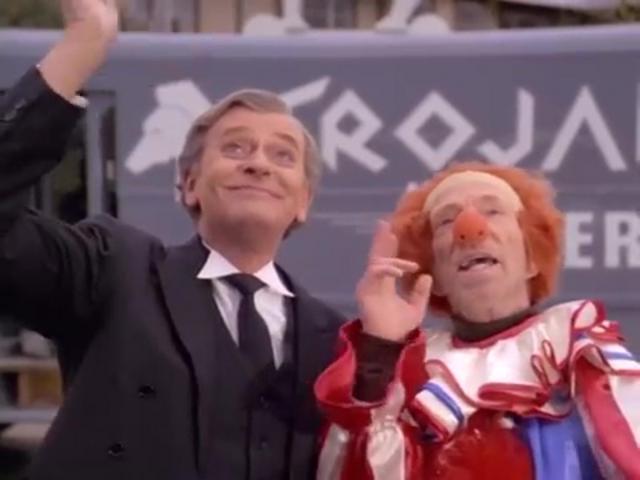 Any movie title that replaces "2" with "Too" is a formal for disaster!
Top
Post Reply
2 posts • Page 1 of 1