I've spent the past couple of weeks putting together something I've dubbed "PosterPi". It's a virtual picture frame that runs off of a Raspberry Pi and shows movie posters in random order. It's not much different than those old digital picture frames that everybody had 5-10 years ago; the biggest difference is that I bought a 50" TV for it to run off of.

One thing I didn't want was to have to log into the Pi to update the pictures, so instead I set up a mount to a read-only share on my server. You could use a USB stick or something else if you wanted to, too. Basically what I do is mount to my picture share, use FIND to get a list of files, shuffle that list, and then use FBI to show them in random order. Like everything else in Linux, there's probably a hundred different ways to do this. This is just the way I came up with.

I found a couple of large collections of movie posters on the Bay of Pirates, and a couple of websites that let you download them one at a time. One thing I hadn't considered was that when you blow pictures up on a 50" screen, resolution is important. I wrote a quick PowerShell script to dump the resolution of all my files. Anything less than 500px wide (in portrait mode) looks terrible. BTW, I got the 50" television from Walmart.com for $199 (free shipping).

Right now I've got $200 in the TV, ~$50 in another Pi, and ~$50 in a vertical wall mount (which is on its way). Once that arrives, I'm going to mount the television vertically outside my movie room, possibly adding a "Now Playing" sign over the top. 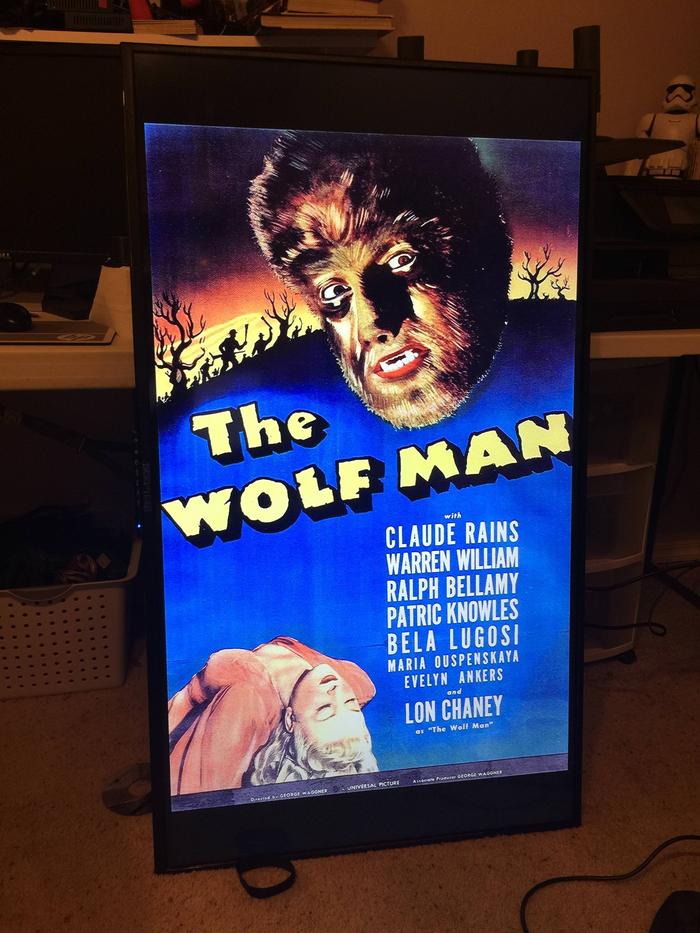 That's awesome! Truly the future is nigh. Who woulda thunk something like this would even been possible back in the late 70s
Top

Who knew screens were going to get so big. And small. And flat.

The original magnetic movie poster frame I saw at Hobby Lobby was $75, and that doesn't include the cost of posters. This wasn't that much more, and I like the tech factor. I'm also thinking about assembling a list of a bunch of album covers; maybe arranging them vertically with a picture of the album up top and (if I can find them) a picture of the vinyl record below. Just something to change it up occasionally.
"Jack Flack always escapes." -Davey Osborne
Top

I bet this one would look cool on it lit up.. 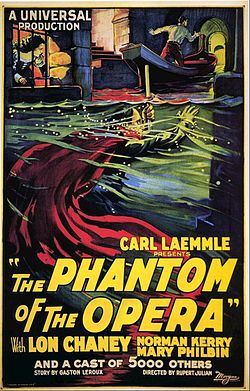 Somehow the television has come up missing in the move. I have searched the old house, the new house, and the storage unit. It's gone.
"Jack Flack always escapes." -Davey Osborne
Top

The movers stole your tv!

What's weird is, I'm 100% sure I moved all my televisions. I'm positive that television made it to this house. It's a mystery that's only going to be solved with a round of hot pins underneath people's fingernails.
"Jack Flack always escapes." -Davey Osborne
Top

How do you lose a large screen TV? What a crazy story.
Top

In September, I bought a 50" television from Walmart to use for this PosterPi project. The idea was to hang it on the wall in my movie room. I ordered a vertical wall mounting bracket for this purpose. Because I never planned to use it as a regular television, I did not attach the television stand to the bottom of the television.

In October, around the time the wall mount arrived, we purchased a new house. Because we hadn't (haven't) sold the old house yet and because the houses are roughly a mile apart, there was never any hard cut off date for moving. 95% of everything was moved over a single week, but it wasn't like everything was moved on a single day. For several weeks, there were things at both houses.

Also note that I have no place for PosterPi inside my new house. I'm waiting until my backyard workshop is built before it has a permanent home. I haven't missed the thing because I haven't had a use for it.

Now, to the facts.

Although I did not ask the movers to move the televisions, it's possible they did. Is it possible they loaded PosterPi on a moving truck and it stayed there? Possible, but not likely.

After we moved out, we hired someone to paint the old house, top to bottom. It was a local guy, who knew we would be coming and going. Is it possible they stole a 50" television under our noses? Possible, but not likely.

I am 99% sure that television made it to the new house. Why would I leave behind a giant television? I wouldn't.

So, this brings me to my current three possibilities:

01. The television is here, somewhere in the house. I've searched every room, every closet, every place I can think of. I don't think it's here, but you never know.

02. Someone in this house got rid of the television. Maybe a kid broke it and hauled it away. Maybe a kid sold it. These are so very unlikely, but I'm talking possibilities, not probabilities.

03. On multiple occasions, Mason went to school and accidentally left out garage door open. It is possible that the television was in the garage and someone stole it. This seems unlikely because nothing else (including lots of tools) are missing from the garage. Is it possible someone drove by, pulled up, and only stole a single television? I guess.

The reality is, none of these scenarios are very likely.

All that being said, the television was $199 from Walmart, and the price has dropped to $179. It certainly wouldn't be the end of the world to replace it, but... how the fuck does a television simply walk away?
"Jack Flack always escapes." -Davey Osborne
Top

but... how the fuck does a television simply walk away?

Your new house, it doesn't look like this does it?

"Get Out of My House!" -- Flack's new house
the dark and gritty...Ice Cream Jonsey!
Top

Both Satan and Max Headroom have been added to the list of suspects.
"Jack Flack always escapes." -Davey Osborne
Top

Can you get it to run on the Raspberry Pi Zero? They're under 20 bucks on eBay.
This signature is limited to 128 characters, or I could have said a few more things. Like, do you know who killed JFK? it was...
Top

50" of string.
This signature is limited to 128 characters, or I could have said a few more things. Like, do you know who killed JFK? it was...
Top

I know in your head this conversation must make sense, but in this thread in which I stated I lost a television, you are suggesting I purchase a Raspberry Pi Zero.
"Jack Flack always escapes." -Davey Osborne
Top

While you're at it, why not enjoy a delicious soda?
Above all else... We shall go on... And continue!
Top

How about I buy a Raspberry Pi Zero and THROW IT ON THE GROUND.
"Jack Flack always escapes." -Davey Osborne
Top

This has been a...
RETROROMPER CLASSIC TM
Top
Post Reply
24 posts