Retro gets his license

Should this thread go into the cars base? What happened to "Liberals get all the girls?" Anyway, I just printed out the Oregon DMV manual, a few practice tests, and confirmed I have enough money to cover the fees... Soooooooo this appears to be happening!

--Retro
This has been a...
RETROROMPER CLASSIC TM
Top

When I first took the driving test in California circa 1977 I got one question wrong on the written test despite studying for it and I missed one item on the driving test, I messed up doing a "turnabout" which is a U turn done as a Y, despite taking driving school classes.

I took the test cold, and this time I got every question right.
"Try to stop my hands from shaking."
- The Outfield, Your Love
Top

So, Retro, I think that means Paul has issued you a challenge!

What parts of driving have you sort of absorbed, like an evil twin to the good one, over the years?
the dark and gritty...Ice Cream Jonsey!
Top

I'm with you on no traditional graduation and I didn't get my driver's license until my mid 20s (not having family willing to assist in that played a part, fortunately we had local bbs' here and many a friend let me drive once or twice and a couple more often leading to cumulative driving practice, plus a few driving lessons. So, ROCK ON dude, do this thing! :smile:
1, 2, 5!
3 sir...
3!
Top

Grabbed a copy of the manual today and plan to go to the DMV tomorrow afternoon to take the actual permit test! Wish me luck...
This has been a...
RETROROMPER CLASSIC TM
Top

Or he found out when you get insurance they price it according to driving experience as an insured driver, which means for the first couple of years they price it like you're 18, i.e. horrendously expensive.
"Try to stop my hands from shaking."
- The Outfield, Your Love
Top 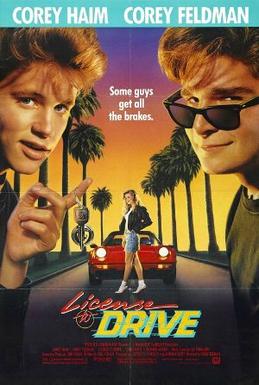 I actually just got my permit!

Well... Not technically - I passed the permit TEST which entitles me TO a permit (as opposed to say being an American Citizen entitles me to healthcare.) Just didn't have the money on hand last week to pick it up.... Maybe this upcoming one I will!
This has been a...
RETROROMPER CLASSIC TM
Top 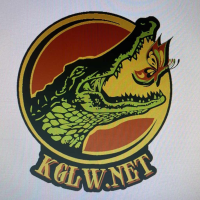 Where's the first place you're going to go with your newfound freedom?

I remember getting my license at 16 and heading to a local state park with lots of beaches and beach babes. That first time out on my own I rolled down the windows, blasted Bob Dylan's Blonde on Blonde, smoked cigarettes whose butts I joyously flicked out the window, and made eyes at each and every lady jogger, walker, driver, mover and shaker. Then I parked behind the Dairy Queen and beat off.
Top

One of the first places I went when I got my motorcycle's license was Cactus Jack's arcade. Due to legal limitations (I wasn't allowed to exceed 35mph) I couldn't ride to the mall, but Cactus Jack's was within my reach. Up until that point I rarely went to the arcade, but after I got my license I and my friend Louis (who also had a motorcycle) started going there. It felt like it took forever to get there, and that we were really far away from home.

I just checked Google Maps -- Cactus Jack's is 3.5 miles from my childhood home. It's amazing how limited your world seems prior to owning your first set of wheels.
"Jack Flack always escapes." -Davey Osborne
Top

This driving thing is more "just getting it because the one off job asks for it" and "how did I get this old without one?" So I'll likely end up putting in a few hours behind the wheel, take the test, then simply exchange my ID card for a license with no fan fare and nowhere to really go.
This has been a...
RETROROMPER CLASSIC TM
Top

This has been PINBACK'S FIRST DRIVING EXPERIENCE.
Above all else... We shall go on... And continue!
Top

I think I'll claim I drove to the In-N-Out restaurant and bought two Double-Doubles, fries and a shake. It's as good a story as any.
"Try to stop my hands from shaking."
- The Outfield, Your Love
Top

Being out of work and what not, the $23.50 is a bit out of my price range right now, so the drivers license is on hold (plus the fact I have no one to actually teach me to drive - girlfriend's mother backed out (hahaha) pretty fast out of her offer to teach me.

I'm just chalking this up to another milestone I'll probably never reach.
This has been a...
RETROROMPER CLASSIC TM
Top

Mason turned 16 on December 12, and got his license less than a week later.

I'm not sure if he still lives here or not. I haven't seen him or the car in a couple of days.
"Jack Flack always escapes." -Davey Osborne
Top
Post Reply
15 posts • Page 1 of 1