If you're selling anything that someone else can buy, post it here. This includes Flack's book when it's ready, so creative projects definitely count.

I've been trying to sell this joystick. The original seller said that it worked for an Apple //. It doesn't, but the instructions say that it does work. That's because nobody had their shit together in the 80s. It's a 15 pin joystick and let's say it will only work on IBM PCs. I doubt anyone here is hungry for one, but here's a link.

We had a guy named BUG. in the dial-up days and there was a running jokes because he was trying to sell a printer for a long time. I think he put posts up on a few different bulletin boards. I think I know how he feels know after all these many years. I am never getting rid of that joystick.
the dark and gritty...Ice Cream Jonsey!
Top

I put this up today, although I don't think anyone here would be interested. It's a bunch of Tron Legacy figures, all still new on the card. Six of the 3 3/4" figures, two of the larger deluxe figures, and one of the ships. I put it up for $50 plus $10 shipping, but would take $50 shipped from anyone here.

I'm considering thinning out my video game collection. Anyone here interested in purchasing a large lot of Atari 2600 or NES cartridges? I also have about 30 PS3 games I'm about to sell.
"Jack Flack always escapes." -Davey Osborne
Top

I have a C128D that I'm getting ready to sell, but... do you know how much they sell for?
"Jack Flack always escapes." -Davey Osborne
Top 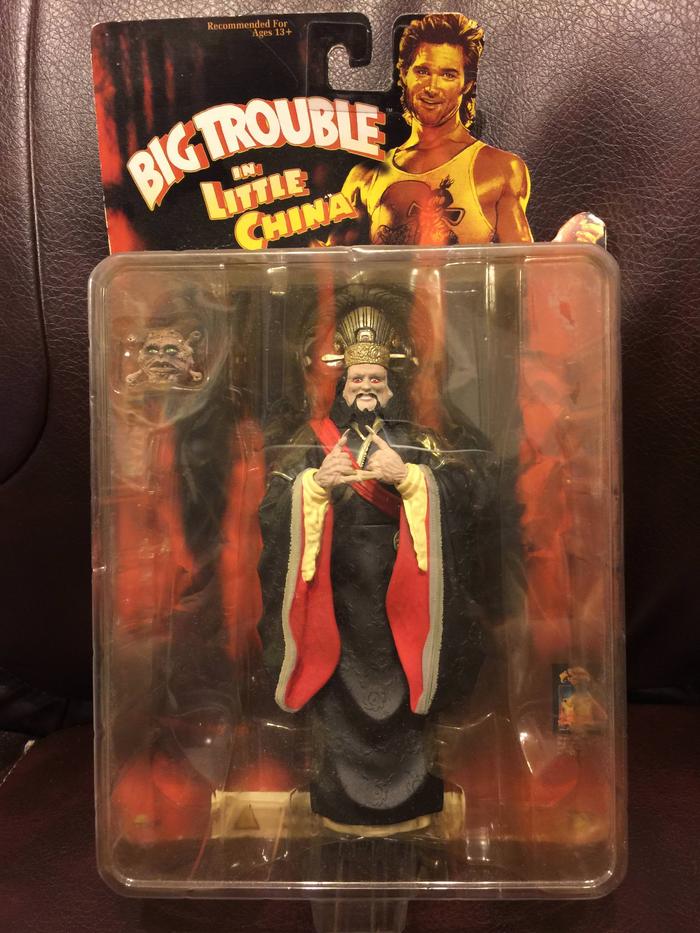 It seems like there's a pretty good market for that stuff, Flack. I took a look at some stuff I have carried around from house to house and..... eeeurgh, I'd just rather keep it than deal with the hassle, like:

1) Mr. Do! PCBs are going for anywhere between $35 and like $80, mostly $35. That's fine because that is what I paid for mine. There are a ton of them. I don't really want to drag this around from house to house or whatever, and I don't even have firm plans to move. But at $35 I'd much rather have it as a backup.

2) I have a Panther XL joystick. It's the one that John Romero did an ad for, I think, where the photograph of him holding it was crotch focused. It was a great joystick - trackball on the left, flight stick on the right. It also takes up an entire desk and it's for a PC game port, not USB. They go for like $35 as well. Packing this monstrosity would be... I can't even imagine. So again it's like I'd rather just keep it.
the dark and gritty...Ice Cream Jonsey!
Top

Sorry that was the Saturday night booze letting my Commodore nostalgia run away with me.
Top

AArdvark wrote: ↑
Sun Sep 23, 2018 5:44 am
Sorry that was the Saturday night booze letting my Commodore nostalgia run away with me.

Dude, put that up! Finally! This is your ticket out of this dump!
the dark and gritty...Ice Cream Jonsey!
Top

Ice Cream Jonsey wrote: ↑
Sat Sep 22, 2018 11:01 pm
It seems like there's a pretty good market for that stuff, Flack. I took a look at some stuff I have carried around from house to house and..... eeeurgh, I'd just rather keep it than deal with the hassle

I could (and am working on) a book about this. Like they say, an object at rest tends to stay at rest. I have a closet with roughly 1,000 DVDs. Literally nobody ever watches them. I'd venture a guess and say 99% of them haven't been touched since 2011, when we moved in here. But, they're in a closet, behind closed doors. Out of sight, out of mind. It's not until it's time to pack that you go... you know... maybe I don't need to drag these to yet another house and have them take up space there.

When I was a kid I used to have this weird idea that I could carry a ton of paper, as long as you added it one sheet at a time. Like, anyone can carry a single piece of paper, right? And then if you added one more, you wouldn't even notice, right? And then if you just kept doing that, you would never notice the difference in weight and you could just add an infinite sheets of paper. As an adult, we know that wouldn't work. At some point your arms would give out and all those sheets of paper, even though they were added one at a time, would add up. That's how I've started thinking about clutter lately. Like, there's no one action figure or DVD or trinket that makes your house seem too full, but over time, just adding those things one by one by one... eventually they add up, you know?

There's always Craigslist and Facebook Marketplace. Sometimes it's hard for me to believe that anyone local would be into the same obscure things I am, but so far I've had pretty good luck (minus the weirdos). But those are good alternatives for things that you don't want to ship.
"Jack Flack always escapes." -Davey Osborne
Top

Flack wrote: ↑
Sat Sep 22, 2018 6:32 pm
I'm considering thinning out my video game collection. Anyone here interested in purchasing a large lot of Atari 2600 or NES cartridges? I also have about 30 PS3 games I'm about to sell.

I've already got a pretty big collection of Atari and Nintendo but I am looking for a few if you have them!

The Lo Pan figure sold for $50 on eBay but the guy hasn't paid yet.

I just put one of the C64 cases I bought through Kickstarter a few days ago on eBay. I paid $99 for 3 cases (they are unique colors and were limited to 500 cases) and they are now going for $250 per case. If these sell, between the cases and the 128D I should be able to buy the drives for my next RAID project. Good times.
"Jack Flack always escapes." -Davey Osborne
Top

AHHHH it's all coming up FLACK.

I could never get my Atari ST working right with the "SatanDisk" add on. I never played a game on it. If retro computers are going for big bucks now, now might be the time to strike. (But then the collector in me gets worried. I have an Amiga, Atari 800, Apple //c, Atari ST and Commodore 64 here. I had better be 100% certain I can let the ST go because I sure ain't buying a new one. But aside from some stuff I really don't want, like a TI-99/4A and VIC-20 and such, I've got ever retro system I'd want. Except for a PCjr, I guess.)

If you're selling anything that could be construed as a life-sized semi-realistic Star Wars prop, lemme know.
the dark and gritty...Ice Cream Jonsey!
Top
Post Reply
14 posts • Page 1 of 1

Return to “The Troll Room”