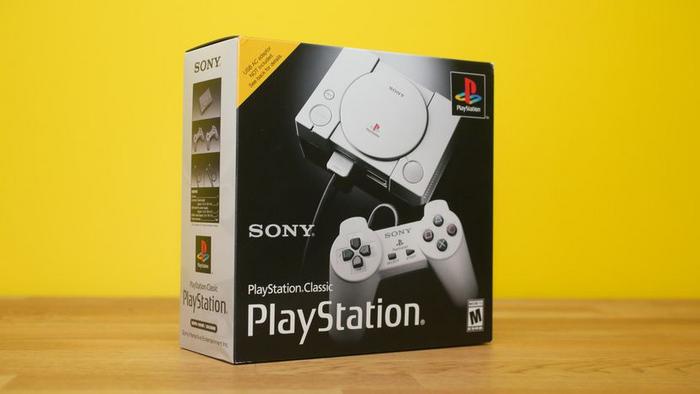 In 2017, Nintendo figured out another way to repackage and sell us the same games for the umteenth time, this time in the guise of a new console: the Nintendo Classic. The idea was simple enough; release a scaled-down, living room-friendly version of your best selling console and packaged with thirty built in games. Nintendo wasn't the first to do it (the Atari Flashback has been out for almost fifteen years) but the NES Classic was wildly popular, leading to the SNES Classic, the Sega Genesis Classic, and the C64 Mini.

With every fad, there's always one company that's slow to react and doesn't quite "get it." This time it's Sony, with their PlayStation Classic. With an original MSRP of $99.95 ($20-$30 higher than its competitors) and a questionable line up of games, the PlayStation Classic seemed destined for bargain bins the moment it launched in December of 2018.

Like all the other mini consoles, inside the box you'll find a scaled down version of the original gray PlayStation that's too light to make a good paperweight. The front of the system has two USB ports where the original controller ports should be. The rear of the system has two additional ports; HDMI out, and a USB port for power. Unlike most of the other mini classic systems, the PlayStation Classic actually comes with two controllers, modeled after the original controllers (which means no vibration and no analog sticks).

After a quick boot cycle, the unit presents you with the nostalgic PlayStation logo and sound, followed by a carousel containing twenty games to choose from.

I didn't "grow up" on the PlayStation; I had already moved out by December of '94, when the console original launched. When I think back of the time I spent on the PlayStation, I think about series like Tomb Raider, Crash Bandicoot, Spyro the Dragon, Gran Turismo, and the Tony Hawk Pro Skater games. Off the top of my head, other games I remember enjoying include: Chrono Cross, Wipeout XL, Klonoa, Castlevania, PaRappa the Rapper, Street Fighter Alpha 3, Tenchu, and Driver.

None of those games -- some of Sony's most iconic games -- come loaded on the PlayStation Classic. That's not to say all the games that come with the system are bad, but some of them, like Revelations: Persona and Intelligent Qube, weren't their biggest hits. Many of the games are the inferior first releases in series. For example you get Resident Evil, Destruction Derby, Wild Arms, and Final Fantasy VII, when RE2, DD2, WA2, and FF IX are all much better and more popular games. 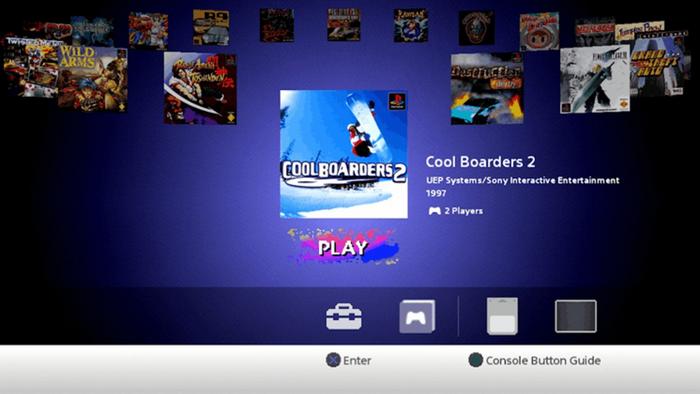 (What I wouldn't give to see the look on kids' faces when they fire up the original Grand Theft Auto on this system!)

A quick peek under the hood is where things really begin to fall apart. As has been widely reported in tech circles, the PlayStation Classic is running on an ARM board with a quad-core 1.5GHz processor and a gig of RAM. More interesting, the system utilized the open source PCSX ReARMed emulator for running the games. Although this hardware combination should have no problem emulating original PlayStation games at full speed, some of the games appear sluggish. This has been tracked down to Sony using PAL versions of several of the games on their US NTSC device, causing them to run slower than they should. Between the wonky frame rates and the lack of analog sticks, some of the racing games like Destruction Derby and Ridge Racer Type 4 are borderline unplayable.

Although Sony has been known to go to great lengths to secure their consoles, that didn't seem to extend to the PlayStation Classic. "Hackers" were able to break out of the default GUI and enter the built-in emulation settings by plugging a USB keyboard into one of the console's USB ports and pressing ESC, bringing up the internal setup menu. A few weeks later, hackers (this time not in parenthesis) discovered Sony has left their private encryption key stored on the root of the device. This allowed those same people to write any code they wanted, and sign it using Sony's own internal key. The result of this unthinkable breakdown in security is that you can now download a small program to a USB stick and play any pirated PlayStation ISO stored on your USB stick on the system. While I haven't heard, I have to assume someone reported to Sony the following morning and found the contents of their desk had already been packed into a box for them. I believe the term for that is a Resume Generating Event.

The PlayStation Classic launched on 12/3/18 for $99.95, and the week after Christmas dropped to $59.95, which is what I paid for mine. There's always the argument of whether one should simply purchase a Raspberry Pi 3 and roll his or her own emulation box, and it's a fair question. For $35 you can buy a bare bones Pi, but you'll need to figure in the price of a power adapter and an SD card. On top of that, you'll need two USB sticks with enough buttons and triggers to properly play PlayStation games. Pricewise, it's almost a wash. If you're looking for something you can hook up in the living room and be up and running in five minutes, the PlayStation Classic is the more user-friendly way to go. If setting up front ends and configuring emulators and dinking and expanding stuff is your bag, the Pi is far more configurable.

I expected the price to drop even further later this summer, but that was before word got out about how incredibly simple these things are to modify. If any make it to summer we may see another price drop, but now that people ahve discovered you can play any game you want on the system with almost no effort, the PlayStation Classic may sell out before then -- and you can bet Sony won't be making another run.

Simple to use, looks cute on your entertainment center, but really only worth it if you're planning to load your own acquired games onto the system.

Here's a complete list of games included on the system:

Flack wrote: ↑
Sun Jan 06, 2019 7:37 pm
This has been tracked down to Sony using PAL versions of several of the games on their US NTSC device, causing them to run slower than they should.

This is not the only issue with this. Using PAL versions of games creates another huge issue: The PS Classic outputs a 60Hz signal. The PAL games are either 50FPS or 25FPS. This creates FPS/Hz mismatch stutter. It just looks bad. If the device would output a PAL signal, it would look fine. It's the mismatch that makes it look and feel horrible to play.

This is quite a f'up. QA (it they had one) should have caught this. I think this just goes to show the level of care Sony has put into this. Which is virtually zero. It's just an extremely low effort, low quality nostalgia cash grab.
Top

The irony is, once you hack it, you can go into the emulator's settings and force those games into NTSC mode, which fixes the issue.

This whole thing feels like a couple of guys who happened to work for Sony and grew up on the PlayStation came up with this entire concept. "We can make this thing, like the Nintendo Classic... it'll be great!" And then a couple of guys (maybe a small team) slapped an emulator on a board and got it to work, and at some point Sony swooped in and said "that's good enough" and pushed it out the door. I guess what I'm saying is it feels like something a couple of PS fanboys tossed together, not something a legitimate company like Sony would put out. Anyone who spent any time playing the original Ridge Racer knows the version on this thing runs like shit. Whoever put this thing together should have hired ICJ's team to do some QA testing before it went out the door.
"Jack Flack always escapes." -Davey Osborne
Top
Post Reply
3 posts • Page 1 of 1