This is just a place where I can link to some photographs I've taken. I will try to describe the lens I used for later reference. I have bought three lenses lately, so... in reverse order...

The greatest Mego doll growing up was Green Arrow. Some cousins of mine had it and the thing they always said is that when Ollie was about to have a photoshoot, he showed up on time, called if he was late, never flaked and arrived having eaten. GRADE: F, this is not a human being, the background is just my computer desk and his arms are covered in whiteflesh-colored cloth.

And then of course Reggie is always up to glare at me for not putting that thing down and getting the tasty treats.

I have a lens shield (for lack of the correct term) (just looked it up, it's LENS HOOD) that I forget to carry around when I take pictures outside. Well you're looking at a man getting all his vitamin D from his monitors because you can see the unwanted lens flare there. What lenses do you own? My 28-300mm Tamrom lens pretty much lives on my camera. From across the room I can zoom in and fill the frame with someone's face. Putting a bit of distance between me and my subject helps me get better candid shots.
"Jack Flack always escapes." -Davey Osborne
Top

I know of three cats who'd disagree if they could.
Top

Jesus Christ, dude. The fuck is wrong with you?
Above all else... We shall go on... And continue!
Top

I know of three cats who'd disagree if they could.

Flack wrote: ↑
Fri Dec 29, 2017 6:01 am
What lenses do you own? My 28-300mm Tamrom lens pretty much lives on my camera. From across the room I can zoom in and fill the frame with someone's face. Putting a bit of distance between me and my subject helps me get better candid shots.

I have the following!

The standard Canon 18-55mm that came with the camera. I hope to never use it again and just have it as a backup.
The above fixed Canon EF 50mm f/1.4 USM. I hope to exclusively use it for headshots going forward. Lots of good bokeh with this one, I am finding!
I have a Canon EF 75-300mm f/4-5.6 III Telephoto Zoom Lens that I use in probably the way you describe. My friend Walrustitty said it's not a great lens. I got it refurbished for $83, so no complaints from me on this one.

And then the "main" lens I shoot with is a Tamron SP AF 17-50mm F/2.8 XR Di II LD Aspherical (IF) Lens. I know what most of that means. Those of us "in the know" say... well, I am not in the know, so I don't know what they say. But what I basically did is harvest information from a few sources over the years to go with those. Buying them has pretty muched replaced the buying of arcade games that I was doing up until there was that accident going down the stairs in the New/Doom House. Lenses cannot fall on people and injure them.
the dark and gritty...Ice Cream Jonsey!
Top

I know of three cats who'd disagree if they could.

If it means anything I now realize that what I posted was the wrong thing to do? Also, I think you went a little hard on yourself in reviewing your photographs, I think they're fine pictures, that is what I was going to post originally but then I remembered the mild success I had with my original catjab and opted for that instead.
Top

Let's not break character this early into the photography thread. The person who expressed shock at what you wrote also made a picture that said "It's been 0 days since one of ICJ's cats died."

As a community, we are beyond malice, friends.
the dark and gritty...Ice Cream Jonsey!
Top

The 18-55mm lens that came with my camera (the Pentax K5) is good for weighing down my camera bag so it doesn't blow away in the wind.

A fixed lens is good for making you move around and put some thought into framing your shots, which is good practice but gets old quick. That's what I like about my 28-300mm lens. On Christmas morning when the kids were opening presents, instead of hovering over them I just twist the lens and go woooooooooonk and suddenly I have a shot of their face.

If you ever feel like a kick in the balls, pick out a few of your best photographs and submit them to ShutterStock. I tried twice, submitting 10 pictures each time, and all 20 pictures were rejected as being garbage. In retrospect, part of the problem was I save my pictures as 5MB JPG files instead of 14MB RAW files. I think JPG files automatically get rejected. This one was rejected for the following reasons: – Image contains excessive noise, grain, artifacts, and/or is poorly rasterized.
– Subject is blurry, too soft, or out of focus when viewed at full resolution.
– Image is poorly composed and/or poorly cropped.

On second thought, I am probably not the right person to give any photography-related advice.
"Jack Flack always escapes." -Davey Osborne
Top

I took a two-day photography course this weekend that my wife got me for Christmas. We pretty much shot in manual mode the entire time. We learned about metering for light. We spent the entire weekend shooting at ISO 400, adjusting aperture and shutter speed only. I feel I can actually use my camera intelligently now. Here are some shots from this weekend: 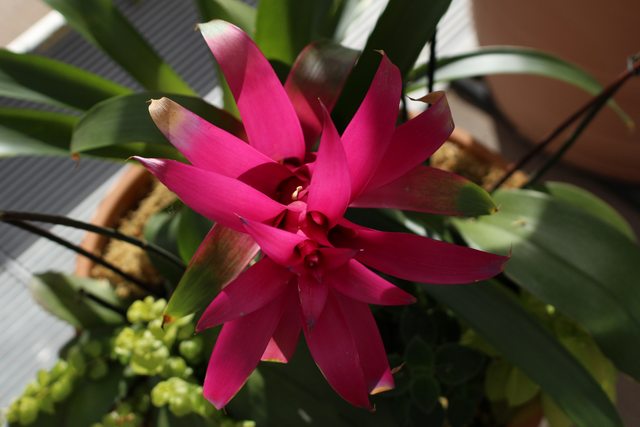 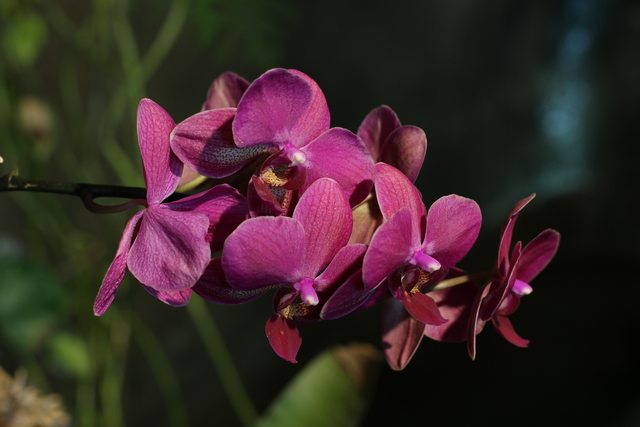 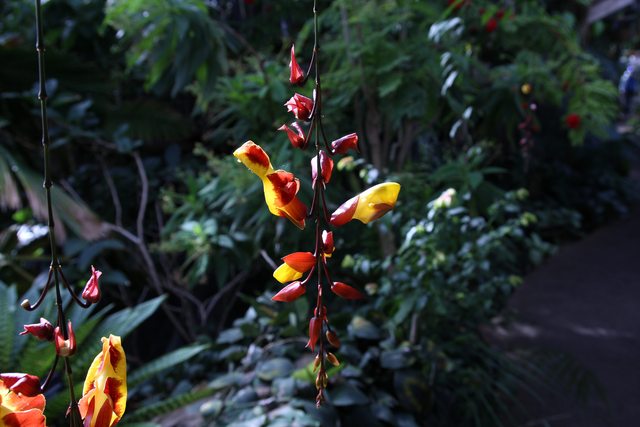 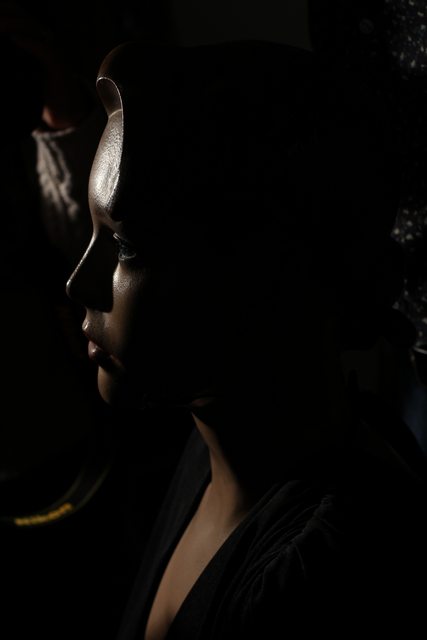 I really recommend it. Most of us probably have DSLR cameras and what I learned made it so that I would never want to go off manual ever again.
the dark and gritty...Ice Cream Jonsey!
Top

Those look fantastic and I would appreciate it if your wife would send me to the same class.
"Jack Flack always escapes." -Davey Osborne
Top

Let's talk about the photos you sent to ShutterStock. This is not me thinking I am now an expert, but I'll relay what our instructor told us as to what they might be thinking.

"Poorly rasterized" doesn't mean anything. There are no artifacts. However, in terms of grain - I wonder if they are rejecting stuff that is ISO 800 or above? That could be it. They can read exif data on photos, so they know and it would not surprise me if they rejected everything from new people at a certain rate.

I love that they fill those up with "and/ors" so you don't know what actually happened. What a terrible website. There's no lens flares in your photo, so I guess it has color fringing? I don't know what that means. I guess I need another course to figure out ShutterStock's inane feedback.

Down with them!!
the dark and gritty...Ice Cream Jonsey!
Top

I bought a Fiilex P360 light. I had used one once before and liked it. It did not come with a tripod, so I gotta get one of those.
the dark and gritty...Ice Cream Jonsey!
Top 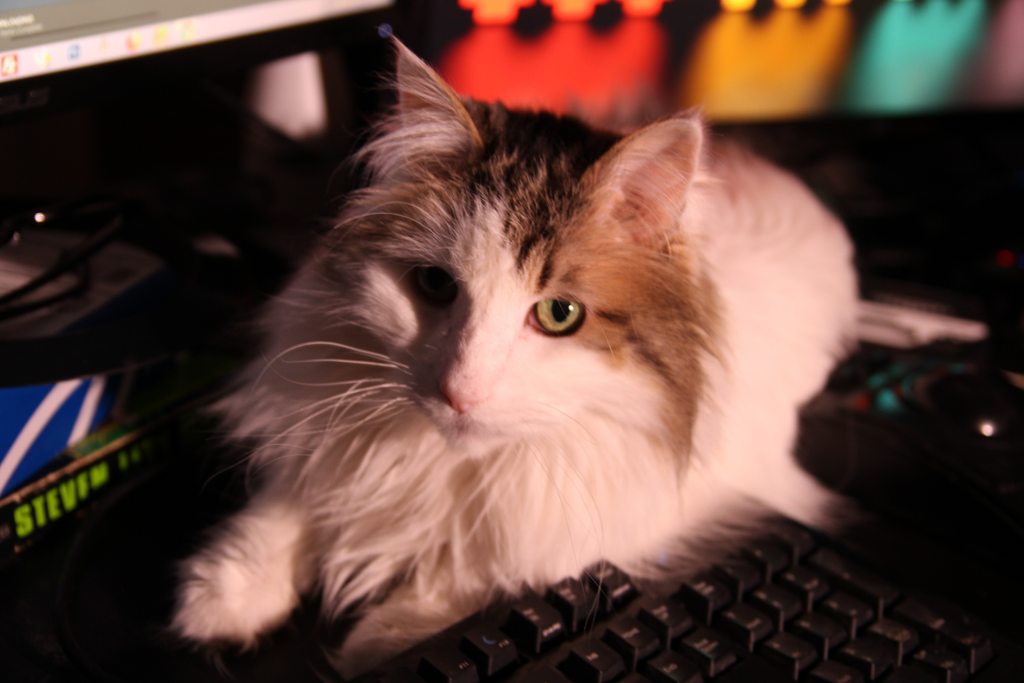 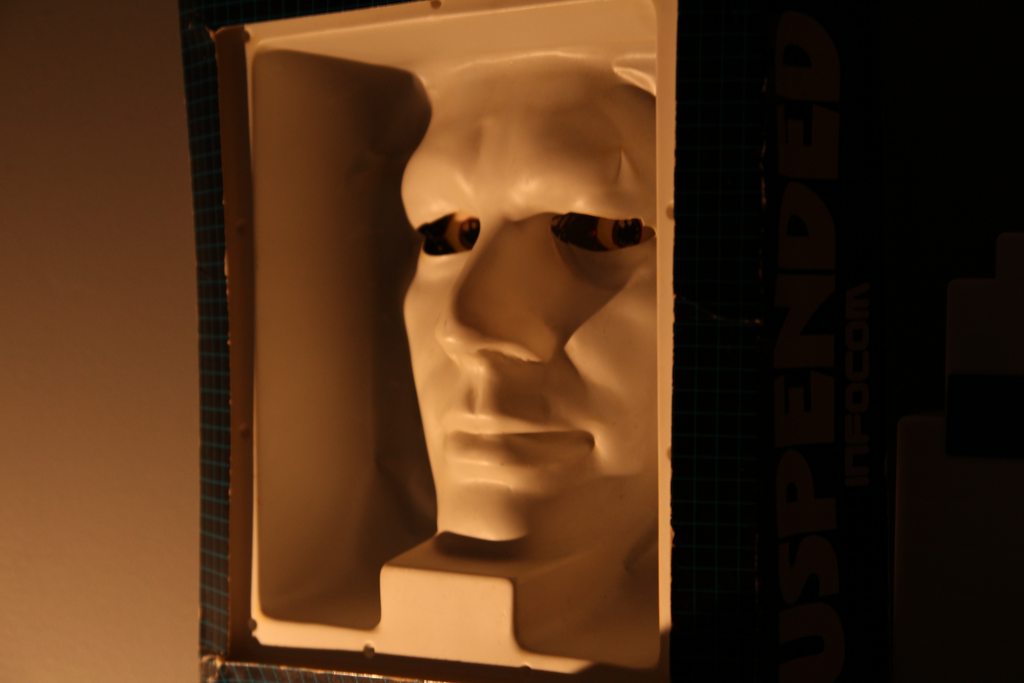 Both were taken with the Tamron. I am NOT saying that I have mastered anything, I just want there to be a record of stuff I am shooting. The Fiilex light I have lets me change the hue of the color it sends out a little. The Suspended mask was on the extreme yellow setting. Reggie was shot at a blue hue. Reggie may end up being the most-photographed cat in the world for a little while because he can sit still.
the dark and gritty...Ice Cream Jonsey!
Top

Man, that Suspended mask is creeeeepy.

I have never owned an external flash, and the one built into my camera is garbage. You have surpassed us all!
"Jack Flack always escapes." -Davey Osborne
Top

Oh, the Fiilex thing is just an external light, not a flash. It just puts out a beam of light forever till the end of time. I'll take a picture of it tonight but I warn you: I can't light it with the Fiilex.

I am doing a little research on those giant flashes people put on their cameras.

Flack. FLACK! Do you shoot in manual mode??
the dark and gritty...Ice Cream Jonsey!
Top

Back in high school I took a photography class and the first thing, well, the second thing we had to do was make a pinhole camera; 'to get the feel for it'. They were little cardboard kits that actually worked if you assembled them properly. Most of them had fogged film 'cause of light leaks but after liberal applications of black gaffers tape they worked ok.
Anyway that's as close to manual mode as I ever want to get with real film anymore, especially when you had to do all the developing work. Digital is fun to mess around with on the all in one Fuji Finepix. Too bad my phone takes better pix than my actual camera. I miss the viewfinder.

I don't know how. Unlike your experience, my photos look worse, not better, when I use manual mode.
"Jack Flack always escapes." -Davey Osborne
Top

I do what I can with the equipment I can afford, which means buying video cameras in the $60 range, not $600. Equipment can do a lot to improve things but it's the skill and knowledge of the photographer that counts.

Give an expensive camera and lens to an amateur photographer with no judgement and you will get terrible pictures. Give a professional a cheap camera and they'll still do some amazing work.

I thought all of the pictures in this thread were outstanding examples of a professional photographer. Some so beautiful, they hurt.
"With great power, comes great… electricity bill."
Top

It reminded me of the guy trying to advise Lord Farquad what princess to marry in Shrek.
"With great power, comes great… electricity bill."
Top
Post Reply
118 posts